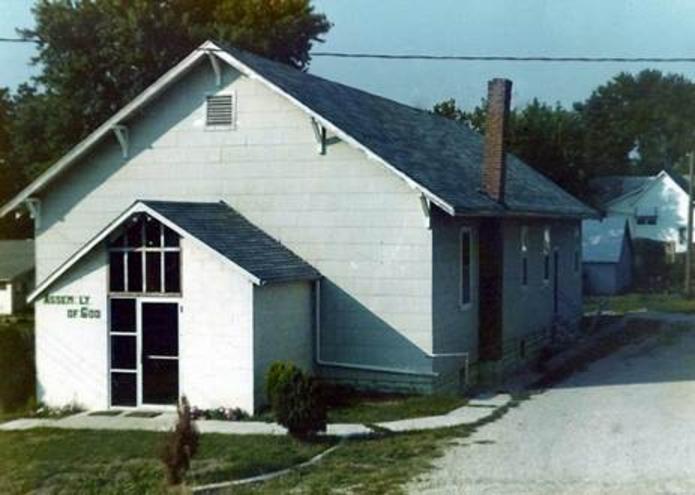 The Elmer Assembly of God Church was organized by Brother George Shephard and his wife,on May 30, 1925.  The first meeting was held in Drake’s old store building.  Later tent meetings and basket dinners were held with approximately 300 people attending from the surrounding community.  Some night’s attendances were estimated at 800.  The first revival closed August 9, 1925.  Brother Gus Neigh and Sister Fern Haynes pastored until 1930, when Brother Elmer Sutlon became the pastor until 1932.

On February 8, 1932, the church was set in order in the west central district of the Assemblies of God with the headquarters in Springfield, Missouri.  Edgar Thurman, Herbert Epperson and John Atteberry were elected Deacon Board Members. (Brothers Epperson and Thurman have served on the board for 44 consecutive years.)  Henry Bergmann and Forest Pruett were trustees.  Mr. Bergmann was also secretary-treasurer.  Roy E. Scott, district superintendent, officiated.

After Brother Sutton, Brother Basil Bell was the pastor.  Services were held in the Rock Creek school house as was a revival by Brother Bell.  While enlarging and remodeling a house in Elmer for meetings, attendance and membership tripled.  A brush arbor was used for church service. Two pastors following Brother Bell were Brother Jack Burk from January 1938 to 1940 and Brother V. L. Hertwick from August 1940 to 1942.