The Elmer Fortnightly Club MFWC was organized on October 4, 1928, with a membership of twelve, and was federated in January of 1929. Missouri women in general and junior clubs in particular work together to benefit their communities. The Missouri Federation of Women’s Clubs (MFWC) is a member of the General Federation of Women’s Clubs, the largest women’s organization in the world.

Examples of community projects initiated by the Elmer Fortnightly Club have included: the beginning of the hot lunch program in the school; landscaping a vacant lot; a Christmas tree and lighted decorations on the main street; baskets filled for needy families; caroling; treats for children; yearly Pre-Easter Service held on Good Friday at one of the local churches; financial assistance toward building the shelter house at the City Park; the promotion of a gymnasium for the school; a trophy cabinet; sponsoring a “Business for Beauty” program; the restoration and preservation of the Shirley Cemetery; contributions to the Red Cross Heart Fund, Cancer Fund, Elmer Cemetery Association, sponsoring a Miss Macon REC Contestant; and sending an outstanding sophomore to Jefferson City, in April each year. 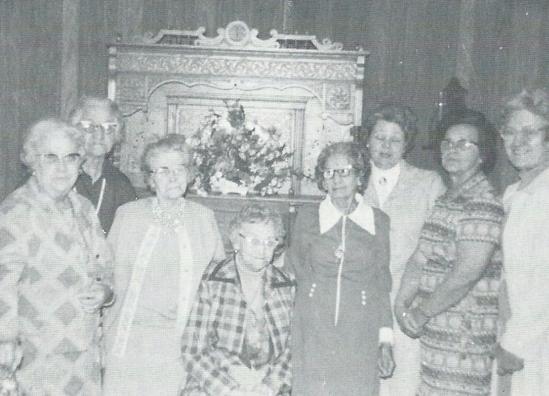