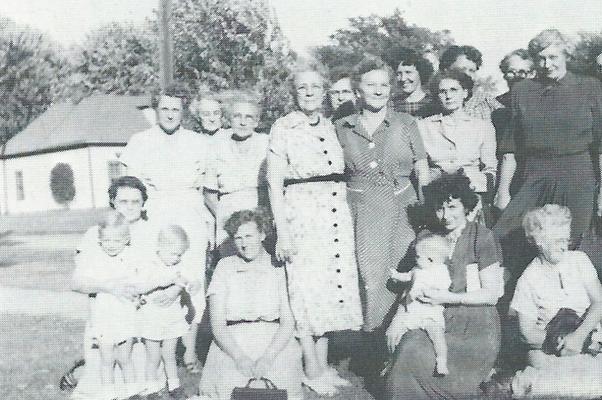 In the fall of 1928, the Elmer Worthwhile Club was organized by five ladies (Mrs. Ida Tate, Mrs. Zora Tate, Mrs. Mable Flowers, Mrs. Jennie Grubbs and Mrs. Pearl Parker) in Mrs. Grubbs’ home. Elected president and vice-president were Mrs. Grubbs and Mrs. Parker, respectively. Meetings were held twice a month in the homes of members. Each meeting opened with song, prayer, roll call, and the reading of the minutes of the previous meeting. The club membership grew rapidly. During the 1940’s and ‘50’s, membership was limited to 25 to accommodate members’ homes. Most of the women in the Elmer community, at one time or another, belonged to the club during its 34 active years. The last minutes were written on September 20, 1962. Some of the members moved away, some became ill or disabled, some died and so meetings were discontinued.