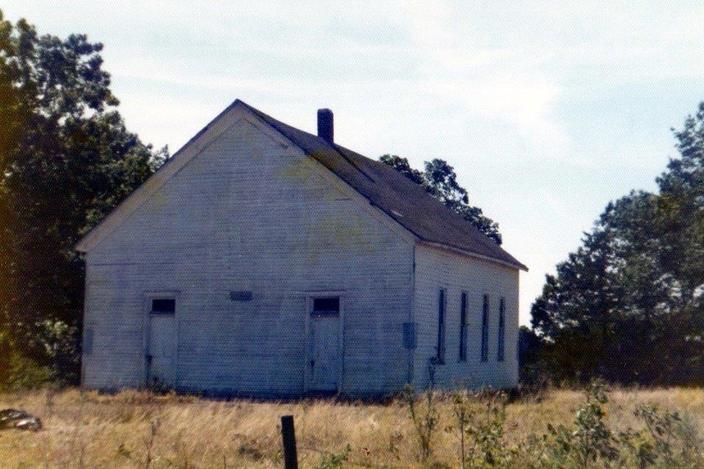 In July of 1836, Elder James Ratliff, Elder John Buster, and several church members met at the home of Abraham Dale and assisted in the organization of the Little Zion Church of United Baptists (changed in 1846 to “Old School Baptists”). The first pastor was Elder William Sears. The second Sunday in each month and the century elapsed without the time of meetings being changed nor were meetings ever suspended.

The first meetings were held in the homes of members. Between 1842 and 1844, a log meeting house was constructed. G. W. Behymer, Isaac Gross, and J. Riley were appointed to draft a model for a meeting house that was erected sometime between 1879 and 1882. George  Edwards was the pastor from 1890, with the exception of six years (1897-1905) until 1933. He was recognized throughout the Middle West wherever the name “Primitive Baptists” was known.

The above facts were taken from the “Centennial Pamphlet” of the Little Zion Church, July 1936. At that time the pastor was Elder Morte H. Craig; deacons, Lon Epperson, Roy Sunderland, and Charles Bealmer; moderator, J. T. Mathis’ clerk, Mrs. Nettie Crawford; and history committee, Iris Epperson Lamb and Katherine Bledsoe. When the church was disbanded in 1974, complete records until that date were sent to the Missouri Historical Society, Columbia, Missouri. Church memberships were transferred to the Old Chariton Church and the Atlanta Church or elsewhere.

Author’s note: The records are still available at the State Historical Society of Missouri and contain lists of members of the church, the constitution, and the abstract of principles. A synopsis of each meeting of the congregation is also included. An early history of the Primitive Baptist Church can be found on the internet at http://iagenweb.org/ringgold/church/files/ch-primbapthistory.html. It states that Elder William M. Morrow, probably the earliest proponent of this religion, moved to Macon County, Missouri, in 1831, so it is reasonable to assume that Elder Morrow was instrumental in the formation of our Little Zion Primitive Baptist Church.