To call the Mercyville School a "country" school may be a bit of a stretch as Mercyville was a relatively vibrant and well populated town in its time. The school likely began operation when (or before) Mercyville became an incorporated entity. Land for the school house was donated by Mr. (Pop) Williams and the building was built around 1854.

Based on the pictures below, the school had a significant number of students at one time. Student enrollment consisted of 48 students in 1894.  The student population in 1900 was approximately the same.  The school house was located behind the present residence of Baxter and Nancy (Pippen) Haley.

The school was incorporated into the Elmer Consolidated School District in 1904 and operation  ended at that time. Click hereto see the 1904 article from The Macon Republican regarding the vote to consolidate with the Elmer and Gunnels school districts. 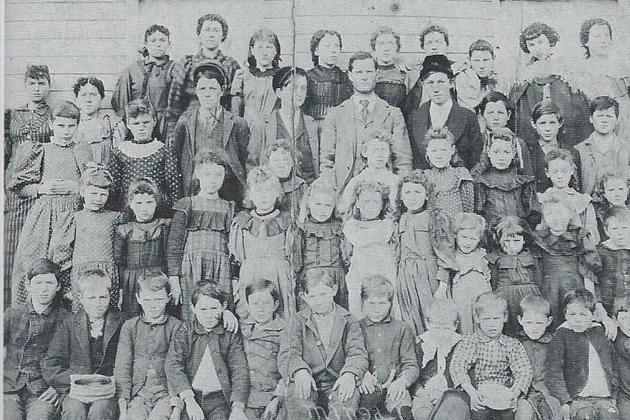 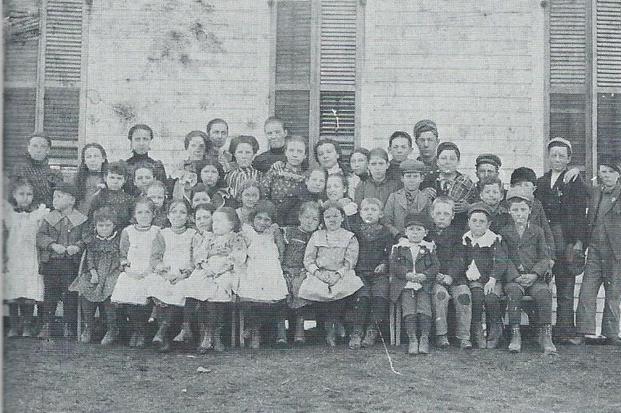 Mercyville school enrollment in 1894. Only three students have been identified. Frankie Cook is sitting, fourth from left. In the second row, Bertha (Cook) Sinclair is standing third from the right. Jim Cook is in the fourth row, fifth from left.