The First Universalist Church of Elmer

The Reverend I. Q. Shinn of Boston, Mass., national organizer, was said to be responsible for the First Universalist Church in Elmer.  Williams Gunnels was the first one to be converted to the Universalist faith.  He was followed by Leo McDavitt, and the organization was formed by the preaching of Rev. Raynor, La Plata, Missouri, followed by Rev. J. M. Smith.  The church was built in 1892 by J. C. Patterson.  The first pastor after the church was build was Rev. J. J. Spencer.  Preaching services were held every two weeks and were attended by members from neighboring parishes.  Other pastors were as follows: Reverends Ball, Harbener, Linton, Manning, J. B. Fosher, Claud Fosher, George Cunningham, and the last minister, Reverend James Houghter.  Dr. Arthur McDavitt, grandson of Leo McDavitt, preached occasional sermons as did other pastors.  Rev. Houghter was the only resident minister of the town in 1909.

The church membership was 125.  The church became inactive in the late twenties or early thirties.  A fire burned the church register.  The building remained standing until around 1980. 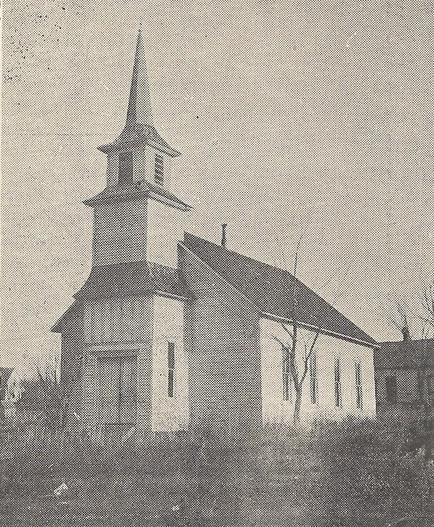